Tomorrow morning, I’ll wake up early to go see my Mom.  I am at our lake house for two weeks of holiday with my husband and I feel badly leaving him here while I go see Mom.  It’s going to rain tomorrow and he’ll be at the cottage with no car.  I know he’ll read and putter, finding things to do – goodness knows that there are many small repairs waiting to be done in this old house.

I don’t know what I’ll find when I get to Mom’s.  Preparing food and eating is a problem for Mom that we have struggled to wrestle to the ground for some time.  For my sister, delivering food began as a weekly treat.  But delivering food to Mom as an essential component of her being alive is not feasible, so we hired helpers who would shop and cook.  Mom couldn’t eat the food in the dining room downstairs at her residence, she said, because it disagreed with her.  This is no attention-grabbing false notion – she’s right.  The food doesn’t agree with her.  My mother’s digestive issues are legendary and I’ve written about them before.  She’s had C-Difficil three times in the last year and she has severe irritable bowel syndrome as well as any number of food intolerances.  Still, one has to eat to survive. Now, Mom has let go all her hired helpers and is no longer on the food plan.  She says she will ‘order out’ or cook herself.  It’s not a plan that’s likely to work.

The thing is, my mother hates being old.  She rails against the barriers to doing whatever she wants to do – getting into the canoe at the lake, for instance.  As for no longer driving, she says ‘it’s like someone cut off my legs”.  My Mom is stubborn and petulant.  She wants what she wants.  But the situation is not simple.  It’s always a mistake to dismiss what she says – there is always something there that is the difference between health and wellness, between peace and a major emergency.

Tomorrow I’m bringing my Mom presents – one of them is an ‘E-cigarette’ from my visit to London recently (you get 500 puffs of nicotine laced, yet harmless to others, indoor enjoyment).  My mother is, and always has been, a smoker.  I know she’ll get a great kick out of waltzing around the no smoking areas of her seniors’ residence puffing away with a twinkle in her eye.  She will chuckle as ‘the inmates’ as she refers to her best pals, realize there is nothing more to her cigarette ‘smoke’ than wisps of odorless, colored mist. 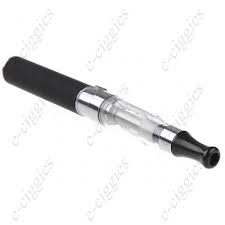 As I think about what to pack for tomorrow, I keep being distracted by thoughts of another conversation I had this week.  Jim and I skyped Nicholas yesterday (well, truthfully we skype him every day if we do not see him) and we arranged for Nick to visit the cottage next week just for the day.  This seems so simple, so innocuous.  It’s not.  Nicholas has not been up north to our country place for seven years.  He grew up having summer holidays here, went for early morning swims, had his birthday parties here with friends and family every year…. he learned all the summer rituals of our family until pain or living in England prevented him from coming to the lake.  Right now, Nick’s pain control is pretty good, so we decided together to take the chance of deciding to bring him here for a day.  I have no idea if he will enjoy the experience or find the four hours of driving on country roads simply too much to endure.  But he wants to try.

Sometimes, we help our loved ones do things that maybe they shouldn’t do… things that are dangerous or perilous in some way.  But sometimes we just have to try, because that is what it means to be alive.